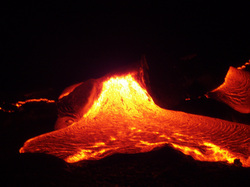 The study of plate tectonics is concerned with the large scale movement and deformation of the earth's crust. Developed in the 1960s this theory has caused a revolution in the way we think about the earth. Plate tectonics has proven to be useful in that it can predict geological events and explain almost all aspects of what we see on the earth.
The lithosphere is broken up into what are referred to as tectonic plates, of which there are currently seven or eight major (depending on the definition used) and many minor plates. These plates float and move on top of the asthenosphere.

The tectonic plates that make up the earth's crust are constantly moving; being destroyed and created. The website below shows the earthquakes that are occurring worldwide in real-time.
http://earthquake.usgs.gov/earthquakes/recenteqsww/

Hazard Hotspots - California and the Philippines 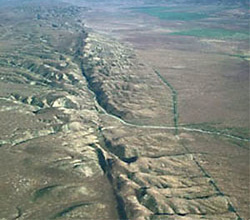 California
Located on the conservative boundary between the Pacific and North American plates, California is often referred to as a 'hazard hotspot'. California is highly prone to earthquakes and also experiences tsunamis, landslides, coastal erosion from El Niño related winter storms and wildfires.

Philippines
The Philippines lie on a complex destructive plate boundary, involving the Eurasian, Pacific and Philippine plates. As such these small islands fall victim to a range of natural hazards. These include earthquakes, volcanic hazards  tropical cyclones and tsunamis. The Philippines are home to the infamous Mount Pinatubo.